Spaceteam is a co-operative iOS game for 2 to 4 players where you shout technobabble at each other for a couple of minutes before you all die. It’s not finished yet._ Read more here…_

Last weekend was the inaugural Spaceteam Potluck/group playtest which went really well. We ran several games (some even simultaneously!), did a lot of shouting, and many fascinating new bugs were discovered. Thanks to everyone who came out!

I’m planning another one for this Monday (it’s a holiday!) so look for an invite soon if you’re a tester, or ping me if you’d like to come but aren’t signed up to TestFlight. 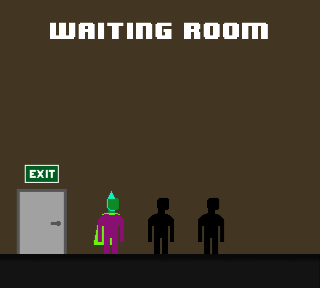 Some shadow players ruining the party.

There were a bunch of network issues causing “shadow players” to show up in waiting rooms and prevent multiple games from running at once. I’ll try to evict them for next time so we can get some rival Spaceteams competing against each other, for fabulous prizes*.

Apple’s peer-to-peer support in GameKit is alternately awesome and really confusing. I’m looking forward to not having to deal with networking in my next game.

For the last week and a half I’ve been fixing many, many bugs, getting mired in the details that I successfully avoided for the first few weeks, and adding pre-game screens like Loading, Title, and Upgrades. 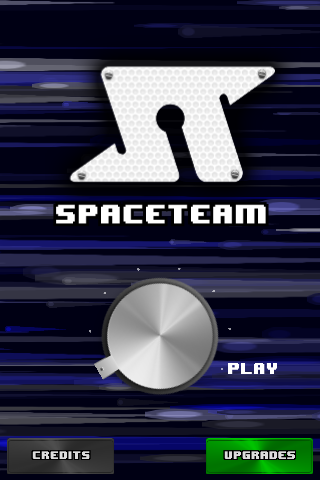 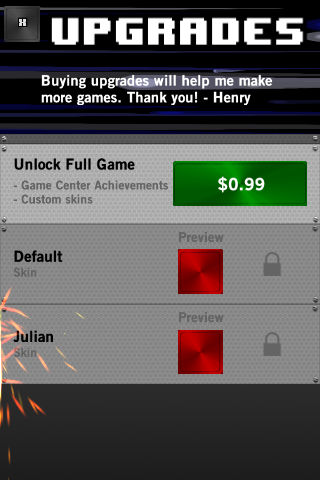 The Upgrades are the least well defined part of the game right now. Because of its nature as a multiplayer-only game that works best when shared and shown, I’m offering Spaceteam itself for free. But I want to give people some way of donating money to help support me. I’m leaning towards an “Unlock Full Game” option (for a dollar) that lets you earn Achievements and includes a handful of new designs for the control panel (aka “skins”).

There are also a ton of potential gameplay modes/mechanics/features that I could add, but I’ll wait to see how much interest I get and maybe offer them later as additional downloads.

I’m also vaguely wary of adding anything that makes the game easier or harder because it will make it more cumbersome to informally compare/brag (“I got to level 13!” would become “I got to level 13… using upgrades A and B, but not C”). I don’t know though, is this important at all? Maybe it’s a silly thing to worry about.

Here a sneak preview of one of the skins… hopefully there’s more to come! 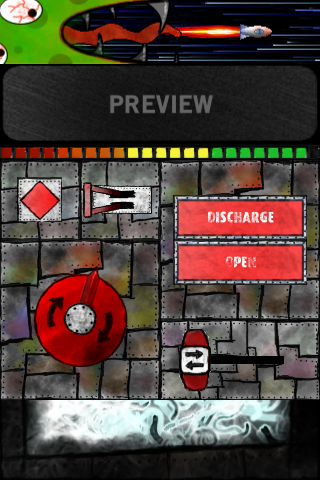