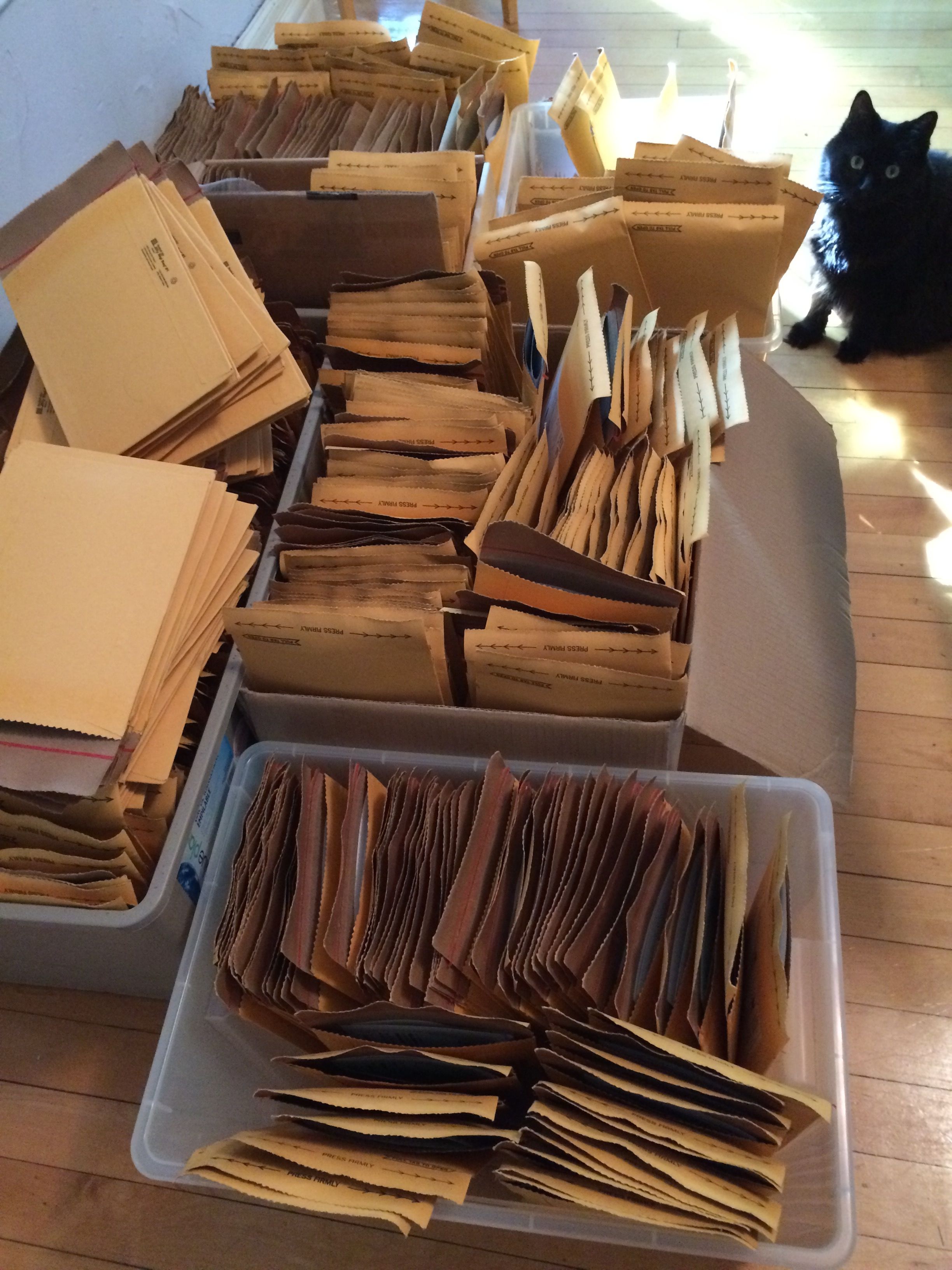 On Saturday I lured some friends over for a “stuffing party” where we stuffed Kickstarter reward packages and then our faces (this weekend was Canadian Thanksgiving).

At peak operation we had three assembly lines working independently. As a factory foreman I feel I was harsh but fair. My workers were paid in chestnut pie and other treats. There were some rumblings of unionization but they never went anywhere. 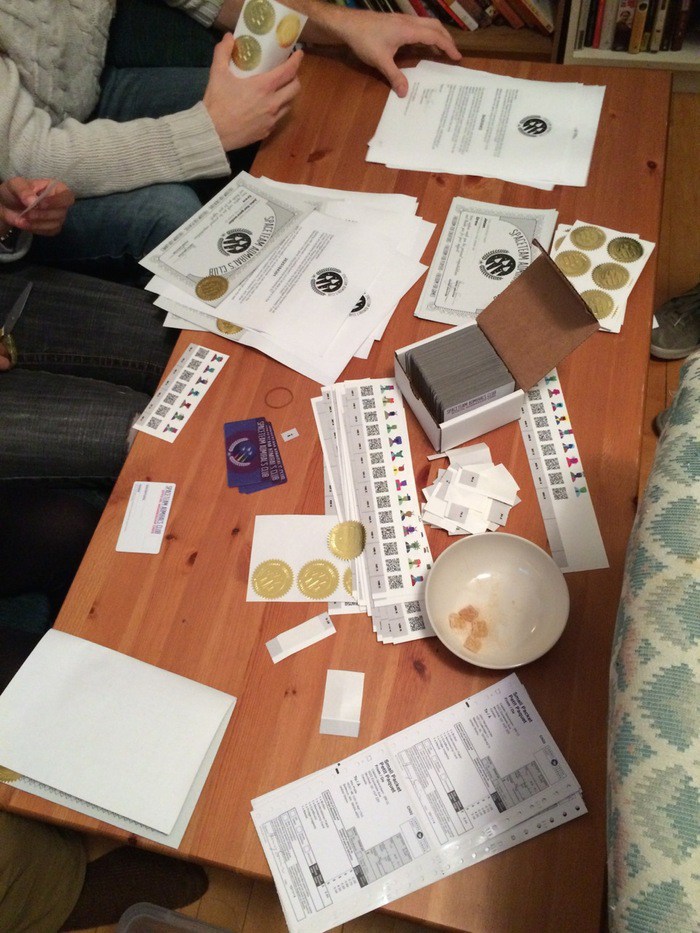 In the end we stuffed 400 packages. I still have about 250 to go but the party was an enormous help. Thank you to everyone who came out.

Now that I have all the final rewards I can report on the costs (shipping is estimated until next week):

Since I ordered in bulk I still have some goodies left over which I’m expecting to use if/when I reopen the club to new members. The grand totals are:

The rewards cost a bit more than my original rough estimate (8% instead of 5% of the total) but they’re still in a reasonable range and there weren’t any huge surprises so I’m pretty happy.

Here are some things I discovered:

To actually generate the rewards I wrote a bunch of Ruby scripts to process the member database, add my own special cases, generate images & labels and annotate them with text in specific positions. Here are the tools I used:

In between physical reward prep I’ve been working hard on the Lexicogulator and it’s getting very close. I hope to have it ready in time for you to authenticate your identities using your fancy new membership cards :)

Other tasks have been slower going: eg. banging my head against a wall over what seems to be a pretty widespread iPhone 5 crash bug*. I still haven’t found the solution but I think I’ve found a way to mitigate the bug somewhat so I’m going to patch it for now and keep investigating.

*For anyone curious: the bug is a sporadic memory stomp that overwrites a variable during an asynchronous networking call. However the variable has very limited scope (it’s a local variable captured by a dispatch_async block) so I don’t know how to set a watchpoint to find out what is changing it. Quite frustrating.