If you haven’t been following Spaceteam development, you should know that for the past 9 months I’ve been rebuilding Spaceteam from the ground up using the Unity game engine. It took much longer than I expected and was a pretty stressful time for me. But it’s finally ready.

Every day thousands of people are still discovering Spaceteam for the first time, making new spacefriends, and using the game in creative ways. I didn’t want it to die.

Don’t get too excited! The game is mostly the same, but it works on more phones, looks a little better, and has a few new features. But everything has changed under the hood. Because of this it’s also bound to have its own unique set of problems, so bear that in mind as it flies into the wild for the first time.

Notably this version doesn’t have Bluetooth support yet, although I plan to add it soon.

The game now speaks 4 new languages (in addition to the 12 it already knows):

If you have friends who speak these languages please share the news, as I don’t have any special marketing campaigns to reach out to those countries. As usual, news about Spaceteam spreads by regular people shouting things to each other.

Welcome to the new Admiral’s Club!

Some brief backstory: I never planned to do this rebuild. But when the Android version of the game was put in jeopardy last year I had to make a difficult choice: to abandon the Android version, or make some major changes. Thanks to a group of generous fans and supporters, the Spaceteam Admiral’s Club, I’ve been able to keep it alive and also teach myself Unity which is a huge investment in my future games. That investment is going to start paying off… now :)

Getting Back To The Future

I’ve actually been trying to move on from Spaceteam for a while. Last year I started building prototypes for my new game Blabyrinth. Now that Spaceteam 2.0 has launched I feel like I can get back to it. Spaceteam and its spin-off projects will still need support but I’m once again making a promise to devote at least half of my time to Blabyrinth. This is something I’ve been excited about for a long time. You can read more about the ideas behind Blabyrinth in this post.

The next immediate steps for Spaceteam are:

– Spaceteam ESL 2.0 (The ESL version had the same Android problems so I’m updating it too. Unity will make this process much easier.)

– Chromecast experiments, and a special observer mode for collecting stats for research

I’ll probably end up sacrificing the Apple TV version (sorry if that’s your thing). It was never the best platform for Spaceteam and the market is still quite small. I’d rather spend the time on Blabyrinth instead.

And those are the last scheduled plans for Spaceteam. Once these tasks are complete I’ll be able to transition to the new game(s) full-time. If the Patreon does well I might even be able to get some help to reach that point sooner.

Reaching this milestone is a huge weight off my mind. Thanks for sticking by me through the process.

As always, if you have any questions or want to chat, join me on the forum or send me an email. 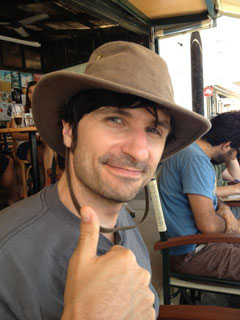