After 10 days of back-to-back, coast-to-coast conferences, getting sick, and then immediately entertaining houseguests, I’m finally feeling ready to get back to work.

Too much has happened for a single post, so I’ll start from the beginning.

Even during the lead up to our big business trip I was kept pretty busy:

Then on Thursday March 21st… the Spaceteam team went on a road trip to Boston. 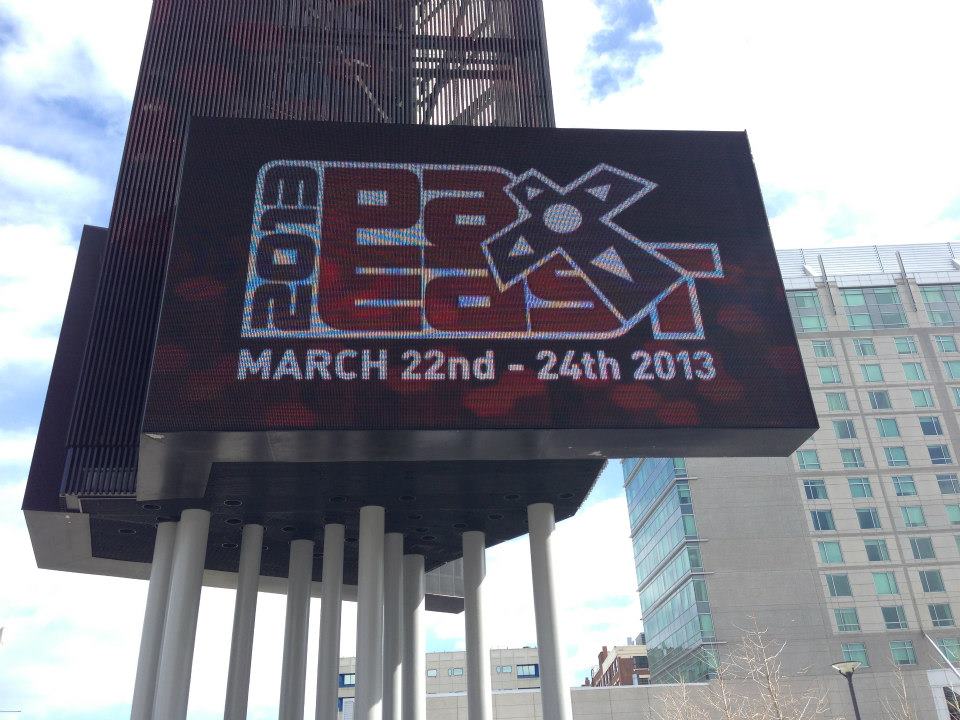 PAX East is the Penny Arcade eXpo (East coast version). It’s a fan conference (rather than an industry conference like GDC) run by the folks behind the Penny Arcade webcomic. PAX is big. Really big. You just won’t believe how vastly, hugely, mindbogglingly big it is. I mean, you may think it’s a long way down the road to the chemist’s, but that’s just peanuts to PAX, listen… There were 80,000 people there.

I was there as part of the PAX East Indie Showcase (with 6 other really cool indie games, check them out!), which meant I got a booth on the show floor to hawk my wares to anyone who happened to stop by. I was at the booth all day Friday, Saturday, and Sunday. Luckily I was able to share my duties with Sara and sometimes Phil and Jérémie. 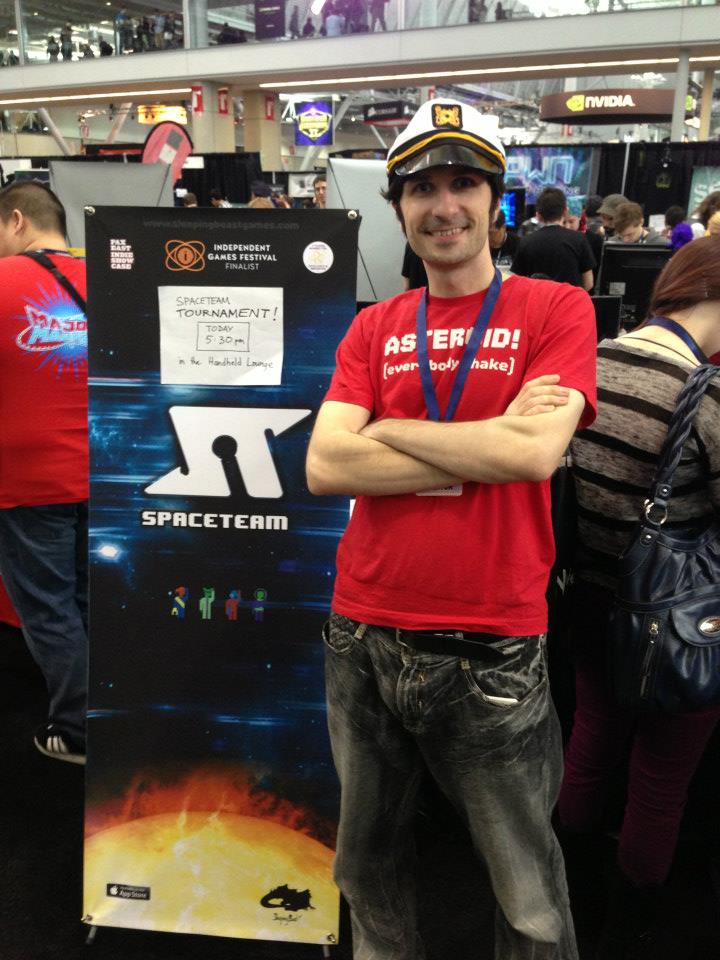 It was so cool to meet and interact with fans, new and old. People came by to say how much they loved the game and tell their own Spaceteam stories. We gave handshakes, hugs, photos, interviews, and autographs. I heard about people using Spaceteam to interview job candidates. I heard about medical schools using Spaceteam to train students to operate in high-stress environments like the OR. Stories like this warm the cockles of my heart :)

Special friends made: Jaime and Jo.

On Saturday there was an official Spaceteam Tournament, organized by PAX so I didn’t really know what to expect. We ended up with 17 teams of four (68 people total) all trying to connect in the same room. This led to… technical difficulties 😉 We were slow getting started but people were very forgiving. In the end individual teams had to run out to the hall (or in one case, the washroom) to find an isolated space to connect and then come back to play their game.

We used Deterministic Mode so every team played through the same set of sectors/panels/anomalies, which I think worked pretty well. We only had time for two elimination rounds. The 8 best teams advanced to the second round and then the top 3 teams won gold, silver, and bronze medals!

We’re so thankful to Rachel and PAX for organizing everything and providing the awesome engraved medals. One team of four managed to get to Sector 18 before getting disconnected with Spacerats! I was suitably impressed.

Special friends made: Noah and Roger.

There was one final surprise in store for us. On the last day of the conference at 6pm, just as we were packing up our booth I got a couple of strange congratulatory tweets and someone came over and told us news that we didn’t fully understand (this being our first PAX): the final top-secret round of the Omegathon had been announced… and it was Spaceteam. We soon found out (by watching snippets of a nail-biting live stream on my laptop) that this meant that two teams were playing Spaceteam competitively on stage in front of thousands of people during the closing ceremonies!

This was of course some incredible unexpected exposure… BUT… the game kept disconnecting, live, on-stage. We could hardly bear to watch as we saw the teams get through several levels of stressful competitive play only to get rudely kicked out of their game by the flaky network connections (Wifi at PAX was super-saturated and unreliable due to thousands of devices all competing for airwaves). We felt terrible for the teams and the organizers, it must have been really hard to anticipate and test for those conditions. Eventually the hosts called it a draw and declared both teams as winners (so hopefully the contestants won’t hate us :).

I’m really hoping Spaceteam doesn’t get remembered as the game that “crashed” a lot at PAX, but I have a feeling the net result will be positive.

By this time I had lost my voice and was starting to feel pretty run down. But it didn’t stop us getting on a plane and flying across the country to San Francisco for the next event. Stay tuned for GDC…!

As expected, PAX made a big difference to downloads. But at precisely the same time Spaceteam got featured by Apple in the “Best Games You’ve Never Played” category, so it’s hard to tell exactly where the new people are coming from.