For the last couple months I've been travelling a lot showing the Blabyrinth demo at festivals. First there was Berlin (AMAZE), Toronto (TCAF), and Montreal (ComicCon). Then Portland (XOXO), Boston (BFIG), Montreal again (TeaCade) and LA (IndieCade). The game was also shown briefly by volunteers (thank you!!) in London at ERIC (the Escape Room Industry Conference). And next weekend there's one more local Montreal conference: MIGS. 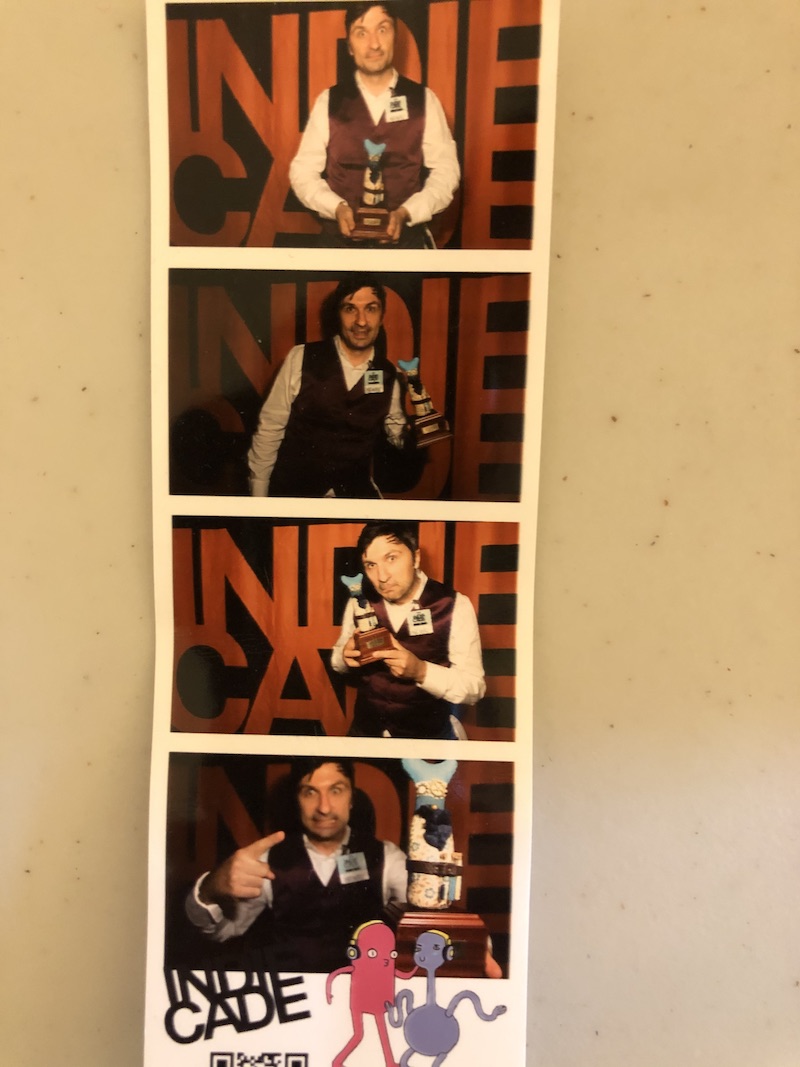 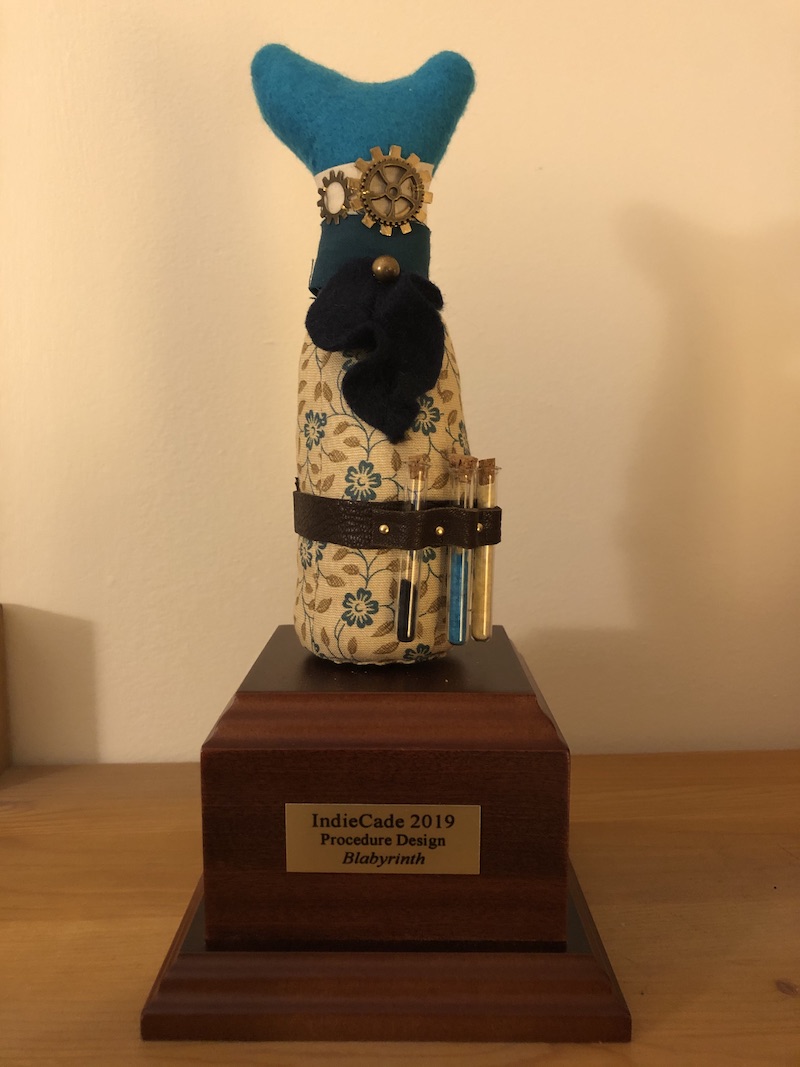 The response has been great (I won an award at IndieCade in LA!) and I've been making connections with escape room designers for potential future collaboration. But travelling has been tiring and takes away from development of the game itself, since I've only had a few days between each event to make changes (mostly just bug fixes). When you wear this many hats they don't always fit on top of each other.

Now that I'm back home I finally feel like I can put my programming hat back on and plough through the big remaining tasks.

What's left to do? 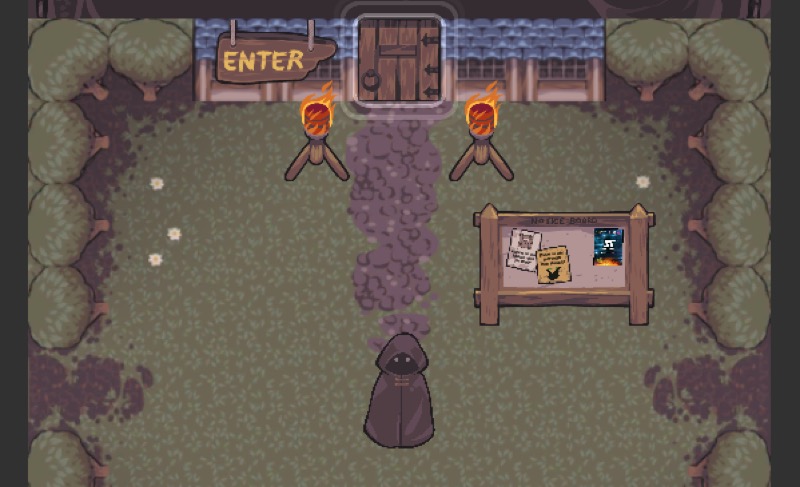 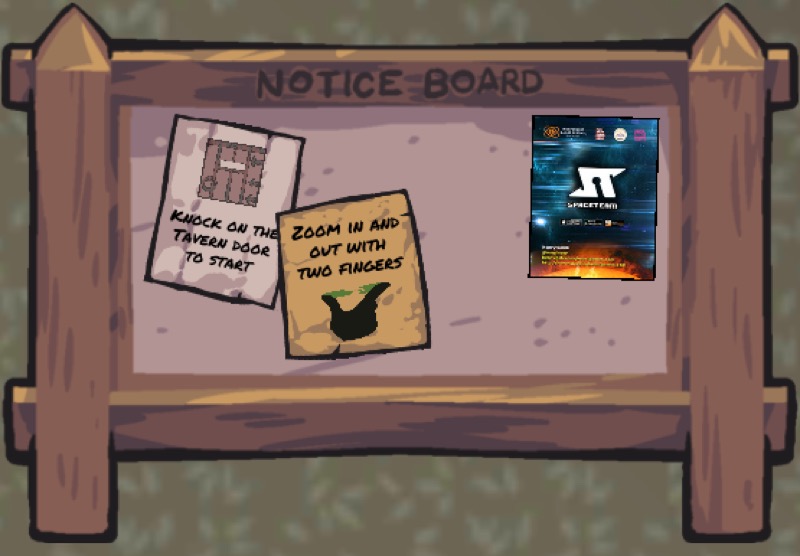 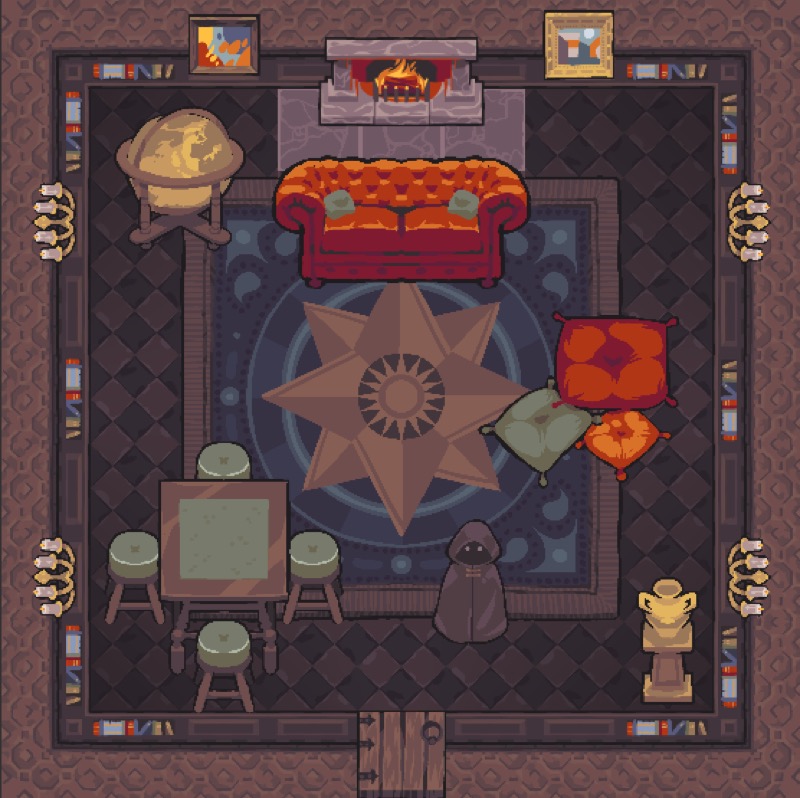 My current goal is to launch the public beta by Christmas (watch this space!) and launch Blabyrinth version 1.0 a couple of months after that. So, early next year.

This game is going to be ripe for post-launch expansions and features so I plan to keep adding to it for while after the first release. One feature that will have to wait until after launch is a user-facing level editor. This is a substantial project by itself and I'd rather get people playing the game sooner.

Without giving too much away, the Metagame is a way to unlock harder puzzles for people who want more challenge. But this involves figuring out which puzzles are easy and which are hard, which is not always obvious. I can make a lot of educated guesses but some of this balancing will come from more widescale playtesting (the public beta) as people self-report how easy they find particular puzzles. And to complicate matters, difficulty is affected not just by the puzzle type but also the manifestation of the puzzle. For example, a puzzle involving a keypad can be made harder simply by having the symbols on the keys be more complicated shapes/glyphs so they're harder to recognize or describe to your team. Even if the puzzle interaction is the same.

The Spaceteam VR team has also been in demo mode, here's a recent video from EGX in London:

I finally have my own VR headset to play the game on and I'll be testing the game soon (for the first time!) to provide my feedback and make sure it stays true to the spirit of Spaceteam. Everything I've seen so far has been great but it's no substitute for actually playing it.

It still feels a bit weird to me that Spaceteam is a "brand" now, with multiple products!

Spaceteam on Bunch (which lets you play remotely using video chat) is broken at the moment but we are working on a fix!

David from TripleBoris has been busy finishing the new Android Bluetooth plugin and it's almost ready. I'm very happy that I outsourced this work to someone else as illustrated by the following example:

I have 3 Android devices at home for testing and one of them refuses to join games using Bluetooth. It can Host games fine, but not Join. It's a pretty standard device (Samsung Galaxy S7) and TripleBoris has the same device which works fine for them. It's just mine that has a problem. I first assumed it was because of other software on the phone but yesterday I discovered that if I bring it to a café and test it there it can join. Something in my house, or perhaps the number of Bluetooth devices in my house, prevents it from connecting. But only this device and only when joining. Fun!

Thank you David for worrying about this stuff so I don't have to! ;)