Blabyrinth is coming out of my brain

Spaceteam still has a few tendrils keeping me busy but for the last few weeks I’ve been officially working half-time on my next game, Blabyrinth!

Blabyrinth is going to share the same multiplayer setup as Spaceteam so the first step is extracting and cleaning up the networking code. I still haven’t found any libraries for this kind of local multiplayer and I want to see more games like this so I’m planning to release this part as open source, if I can. It’s a bit complicated because I only have direct access to the iOS source code. The Android build is cross-compiled using the Apportable SDK so I’ll have to work with them to make it available but I’m sure we can do it somehow.

There’s so much to explore in the local multiplayer space and I think we can learn a lot from a medium with centuries of experience: board games. I keep discovering fun and interesting mechanics that I think could translate well into digital form. Here are some great candidates: 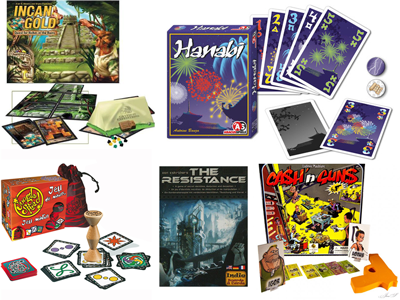 I usually have no interest in directly remaking a physical game in digital form but I love repurposing snippets and interactions.

For Blabyrinth, my inspirations are the aforementioned Escape and Incan Gold, the 1986 movie Labyrinth, “Room Escape” games, and the incredible TV game shows from my childhood The Crystal Maze and Knightmare. 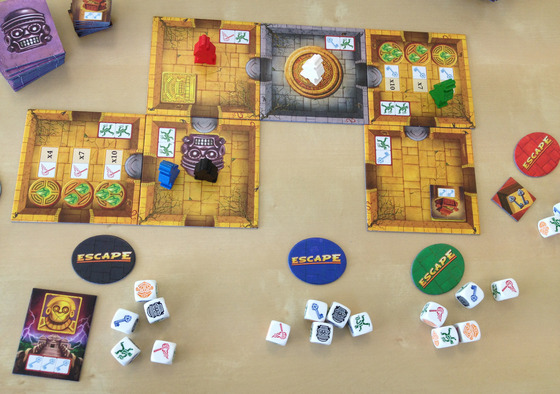 The board game “Escape: The Curse of the Temple”

Blabyrinth is going to be a collaborative treasure hunt where you explore a mysterious labyrinth/temple/thing to find clues and solve puzzles. There will be many secrets, hidden passages, traps, and ancient mechanisms.

There will be no fighting in this game, just puzzling.

Each player will have a phone or tablet and connect in a group of 2-4 like Spaceteam. It will be slower-paced and more thinky than Spaceteam, but I’m aiming for the same short 5-10 minute play sessions.

The levels and puzzles will be procedurally generated so every game will be different. I may end up designing/curating some for special purposes however.

Levels will consist of a grid of interconnected rooms, with doorways and passages between them.

Rooms will contain pretty much what you’d expect: long-forgotten shrines, iridescent trinkets imbued with confusing magicks, the secret library of a madman, a subterranean pool filled with a fragrant undulating liquid, a collection of interesting mushrooms…

Each player will only see the room they’re in so everyone will be exploring at once and sharing what they find.

Each player has a special ability that only they can use, ensuring that everyone will get to participate.

Each player can hold a single item.

The game will start with familiar puzzles and setups:

I think the cooperative nature will add an interesting dynamic and many puzzles will require cooperation:

But I’d also love to introduce more complexity, possibly at the player’s discretion. I’ve been running the Montreal chapter of Puzzled Pint, which is like a pub quiz with interrelated word and logic puzzles. The puzzles are awesome and I’m getting lots of ideas. I’m not sure what will be appropriate yet, but I’ll be experimenting with wordplay, ciphers, riddles, shapes/symbols/icons/hieroglyphs, sound, and whatever else I can find.

When the puzzling has reached its climax and the final treasure is discovered/disturbed, the labyrinth will start to collapse around you and the game becomes a race to find the hidden exit and escape.

During the game I want to encourage some light role-playing by providing simple hooks to let players express themselves. You’ll be randomly assigned a character (as in Spaceteam) but this time you’ll have a more detailed appearance, a name, and a profession. There are no warriors, thieves, or mages, but there might be a:

I’m having a lot of fun just playing with the profession generator.

Your profession will hint at the special puzzles you might encounter but also hopefully provide an excuse to get into character a bit and play along. I plan to provide occasional prompts about what your character is thinking/feeling to facilitate this but I’m not sure exactly how well this will work.

Here are some other cool things that are going into the game:

This is a game I’m really excited to play, but also, importantly, it’s a game that I understand how to make with the tools I have. And once the basic framework is complete, it should be easy for me (and at some point, you!) to extend with new puzzles, items, characters, and mysterious rock formations.

That’s all for now. But I’m looking forward to sharing more with you as it develops! 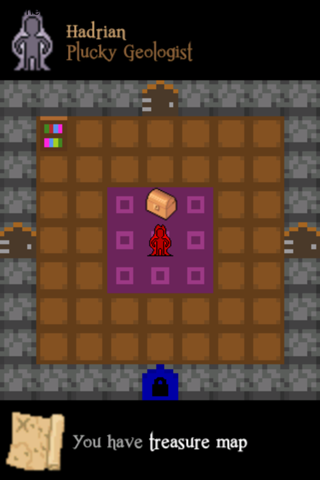