To my pleasant surprise I continue to get approached by companies wanting to commission a custom version of Spaceteam for their office/event. These short jobs help pay the bills and the process is pretty streamlined now so I keep taking them.

The latest is Électricité de France which, as you might expect, is a French utility company. They wanted a safety-themed version to use for team-building exercises. Each level has different safety reminders like "Reduce coffee intake!", "Get enough sleep!", and "No texting while driving!". Hopefully it will make their exercises more exciting.

I usually charge around $10,000 for a basic customization with just new words and phrases. The price increases if they also want new control panel graphics, characters, logos, etc. The first time I did this I lowballed the price, but I've since learned to charge for my time and the lost opportunity cost and to overcome my reluctance to do yet another Spaceteam reskin :)

Technically you can change the words in the game with a $5 Admiral's Club membership (get yours today!) but it wouldn't be a separate app with company branding, and often they want changes that can't be done with the Lexicogulator. Also most of these companies have budgets for this sort of thing. Sometimes I wonder if I could charge a lot more and they wouldn't even blink...

I often get asked if there's a way to play Spaceteam with people who aren't in the same room. Ever since I added "Internet" mode this has been possible, even though it's not designed for this purpose (it's just another way to connect if Wifi and Bluetooth aren't working). But you still had to find some external way to communicate: voice call, Skype, etc.

Now I'm working with a service that will give the game built-in video and audio chat, making remote play much easier. I'll be making an official announcement in a few weeks when the integration is ready.

Mostly I'm trying the make the game more stable and the code cleaner before going wild with all the puzzle ideas I have planned.

I've been working on a big architectural change which I'm calling the LevelGraph. It's an intermediate representation of a level describing the dependencies of each piece, that I can refer back to from other systems. 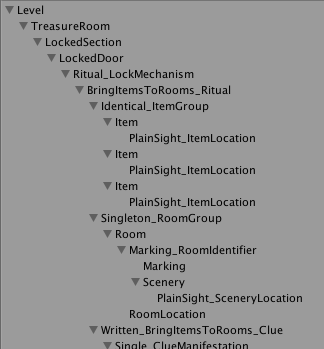 I can use the LevelGraph as a blueprint to:

Previously all these systems were mixed together and it was hard to disentangle them and difficult to make changes without breaking things.

With the art getting closer to final quality I've also been spending more time on custom editors inside Unity, so I can edit the visual properties of scenery and items. Certain game mechanics like clues and markings depend on what the final art looks like, so this has been a bit time-consuming as the art goes through various iterations. 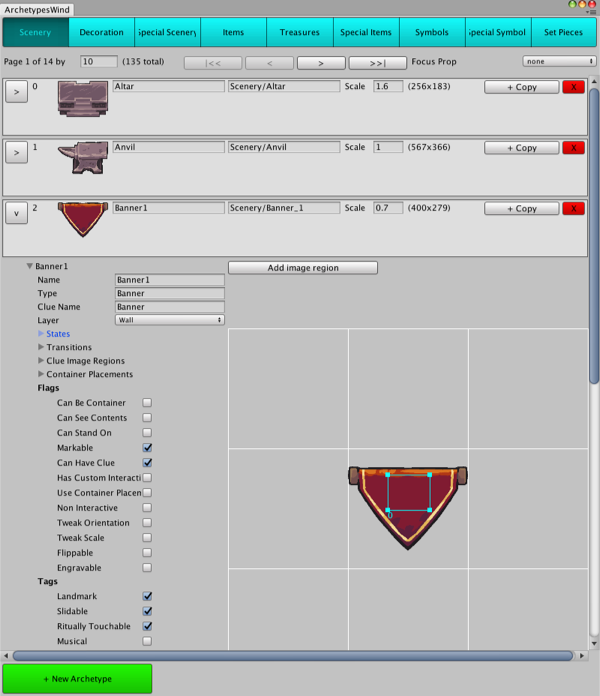 I'm giving my artist Sam a bit of a break while I stabilize the core game. There's still a bunch of art I need for the beginning and end of the game but those are both still very much in flux so I'll call on him again when things are more finalized.

GDC was great, I’ve been away from the conference circuit for a while now and it felt good to reconnect with the broader community. I gave demos every day to other indie developers and got some useful feedback.

It’s always hard to show off a work-in-progress, there are so many things that I know are broken or incomplete, but enough of the game is working now to show the potential and I know how critical it is to get feedback before it’s too late to change things.

One of the things I need to work on is to make the basic interactions of the game more intuitive and natural. Two of the main things you do in the game are moving around and examining things and these actions are still not obvious.

This is a mobile game so I don't have a joystick or arrow keys for movement. You move around by tapping on things but previously you could only move to objects of interest: doors, scenery, and items. My thinking was that it would simplify things. I didn’t see an obvious need to move to arbitrary points on the floor, so why even allow it?

Now from watching people play and hearing their comments I’m changing it so you can move anywhere in the room by tapping. This actually solves several problems:

Similarly, I’m making it possible to examine everything, including purely decorative scenery and the floor. Currently this is done by pressing & holding, but I’m still experimenting with other gestures like pinch to zoom, and dragging a magnifying glass around the view (see below). Being able to pan the view around when you’re zoomed in makes it less frustrating to examine a bunch of things one after the other.

Another problem with player communication was not being able to explain where you are in the level to the other players. The random layout is confusing and there still aren’t many landmarks (yet).

So I’m adding a ‘shout’ feature that lets you broadcast your location by showing everyone a speech bubble on the edge of the screen coming from your direction. The game was already doing this for environmental sounds (portcullises opening, scenery sliding, etc) so it was a natural extension.

Sam is churning through the art assets faster than I can integrate them. I’m really happy with how they’re turning out :) 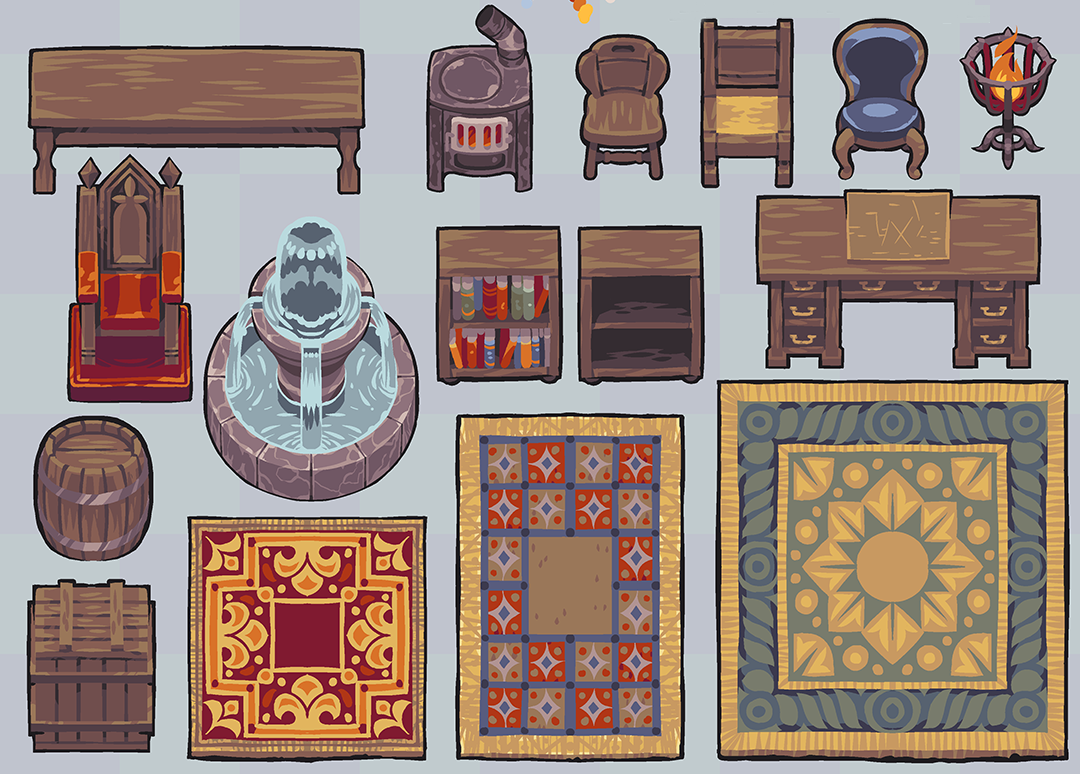 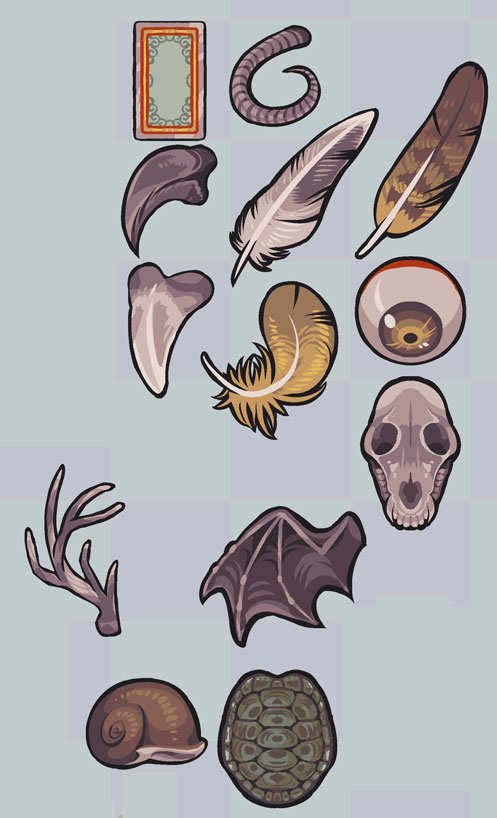 And a first look at some characters! 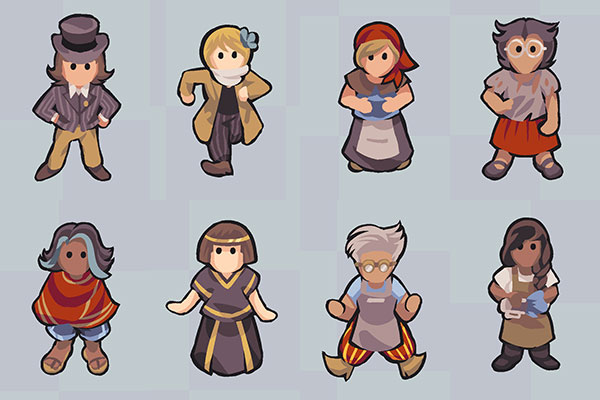 Random Unity tip: Don’t reorganize/rename your Script folders outside of Unity (eg. in the Finder). I did this and had to fix a whole bunch of 'Missing Script' references afterwards.

Short post today. I’m preparing a playable demo of Blabyrinth for GDC (the Game Developer’s Conference) next week in San Francisco. If you’re around and want to give it a try let me know and I’ll try to set something up!

I’m excited to announce that I’ll be working with Sam Ballard to make the art for the game. He's already started building surfaces, scenery and items and I’ll be integrating them soon. Here’s a sneak preview: 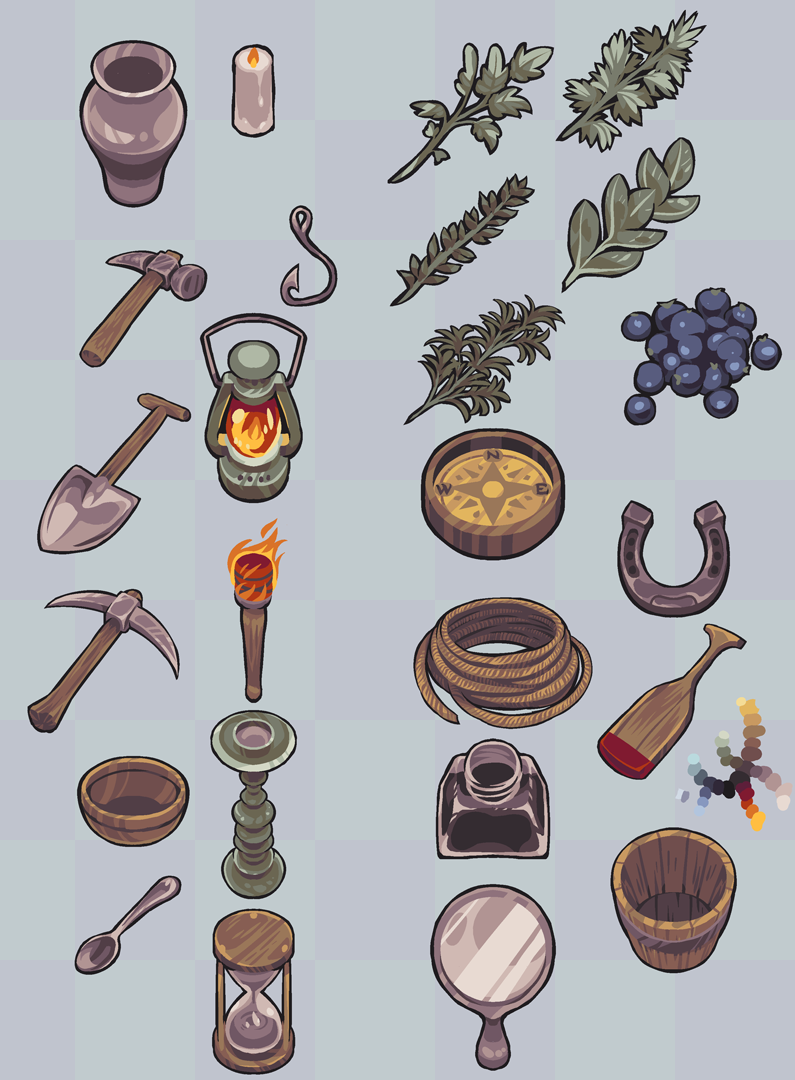 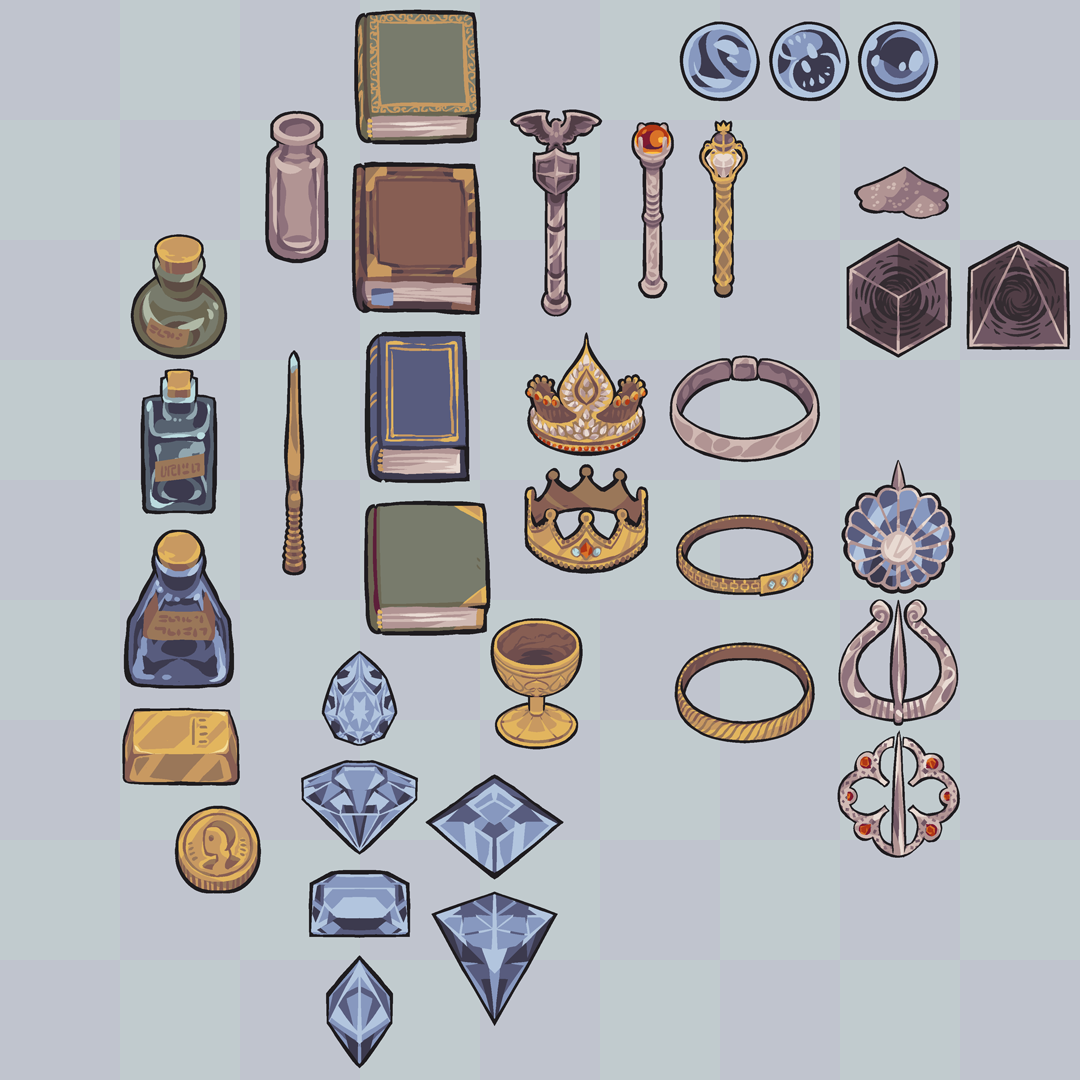 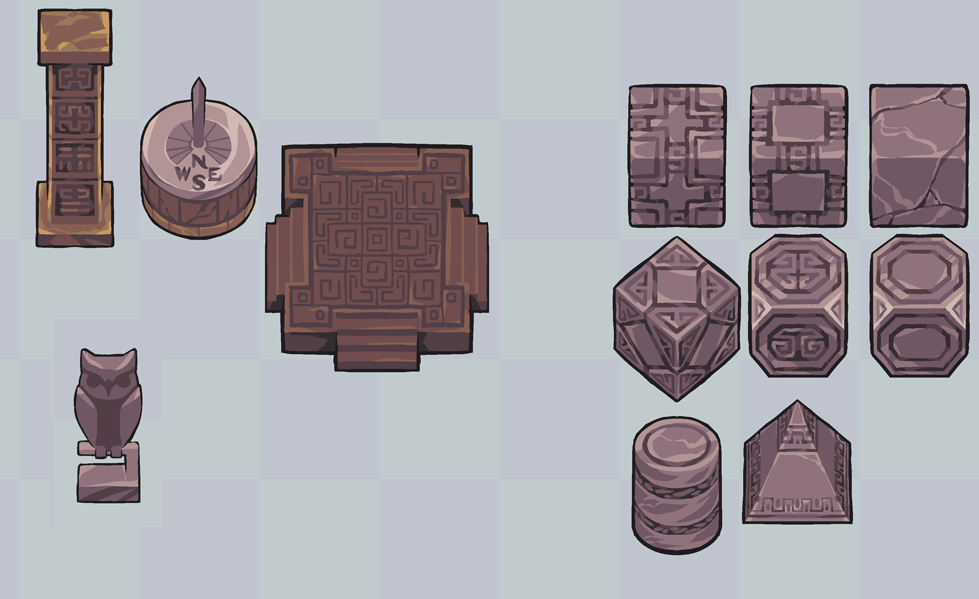 That’s it for now, but I’ll post again soon.